Badrinath Dham or Badri Vishal undoubtedly captures the top position in India for being one of the holiest Shiva temples. Perched on a hillock in the beautiful district of Chamoli and accompanied by the sacred river of Alaknanda, the entire Badri Kshetra is filled with lush green hills, expansive lustrous meadows and deep valleys which are extremely mesmerizing to witness. Apart from the temple devotees also make the most of the tourist places surrounding this one of the most significant pillars of the Char Dham temple like Mana village, Vasudhara falls, Bheem Pul, Vyas and Ganesh Gufa and many more. A perk about visiting Badrinath is that one can even plan a holiday for visit to some fun places of tourist interest like Valley of flowers, Hemkund Sahib and Auli.

Badrinath visit in itself is a legendary spiritual retreat and should definitely be visited at least once in a lifetime. After much deliberation of the Badri Kedar temple committee and the head priest of badrinath the holy date is decided in reference to the holy Hindu calendar. If you are planning to explore this place with so many promising experiences then here are all the details you need to know regarding the opening and closing dates:

The opening of the gates of Badri Vishal is one of the most awaited pilgrimages of the year. Not only does this mark the opening of the Chota Char Dham Yatra of Uttarakhand but also for the all India Char Dham Yatra since Badrinath is also a part of it. The temple after remaining shut down for a duration of 6 long months, opens its gates for Darshan to the devotees on the holy eve of Akshay Tritya which happens to fall during the month of May. The date of opening is announced on the auspicious day of Basant Panchami which marks the changing season.

It is a well-known fact that Badrinath Dham shuts down for Darshan for a duration of 6 months after much zeal, pomp and show. The prospect and tentative date of closing for Badrinath Dham temple is during the month of November when the gates shut down and the temple is left alone for the rest of the year, completely cut off from the rest of the world and left there to brave the harsh weather conditions. The temple closes its gates for Darshan during the holy day of Vijaya Dashmi so the entire place lights up to life and there is an atmosphere of celebration and festivities all around.

Being situated on the hills of Garhwal it is in your best interest not to challenge nature and make your way there during the peak season of pilgrim travel. This means you must plan a visit during the time of May to early July. Steer clear and do not make any plans during the monsoon season following July till early September. During this time the weather is clear, pleasant for travel and some additional sightseeing of your choice and the hotel and transportation services and options will also be widely available as compared to the off seasons of winter months till the closing time. 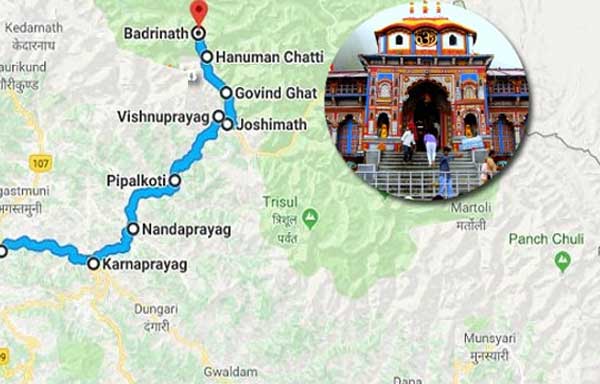