When in India, live life temple style. Yes, India is an absolute paradise of temples and a complete amalgamation of various kinds of cultures and traditions. With the best of architectural styles and magnificent wonders, India offers some of the best temple architecture and enthralls the tourist with its sheer elegance and grace. 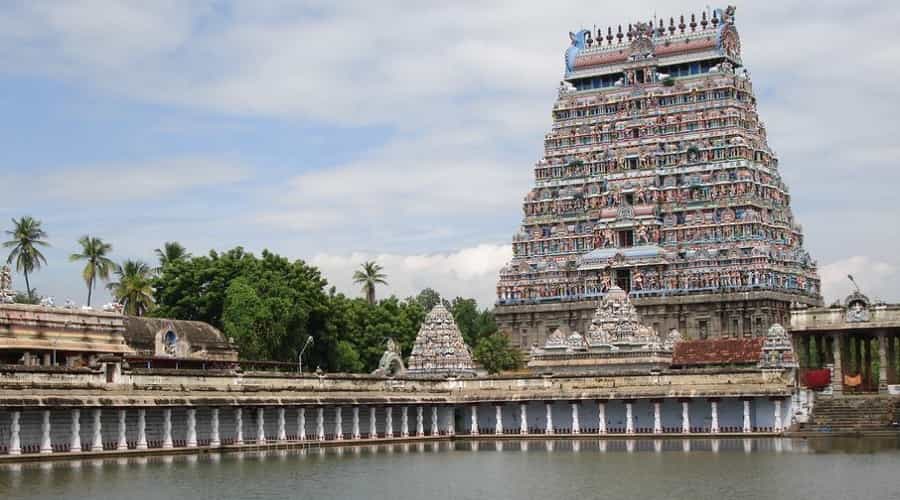 The Kapaleeshwar temple in the State of Tamil Nadu is one such great proof of ancient architectural styles in India. Situated in the metropolis of Chennai, this temple in the Mylapore area of this great city is one of the ancient Shiva Sthalas in this part of southern India. It is believed that the Indian God of creation Lord Brahma installed the Shiv Lingam here and named it Kapaleeshwar.

The name Kapaleeshwar has a story behind it. It is said that Lord Brahma once did not pay respects to the Indian God Lord Shiva and Goddess Parvati at Mount Kailash. Lord Shiva got furious and chopped off one of the three heads that Lord Brahma had. Lord Brahma got petrified and felt sorry that he had avoided greeting Lord Shiva. In repentance he came to Mylapore and installed this Shiv Lingam in the Mylapore area and named it Kapaleeshwar.

The time of construction of the Kapaleeshwar temple is not exactly known. It is believed that it is around 300 years old. The style and images of the architectural patterns here is recent and thus is testimony that this was not the initial temple referred in the Thirugnansambandar. It is believed that the original temple got washed away ashore.

I have been to this temple many times as my sister stays in Mylapore. The last time I went I remember how we had gone there and my daughter had gone berserk seeing the small stalls outside the temple selling various stuff. The entry to the temple is through a small lane and the whole area is filled with a lot of cacophony and activity. You would see people sitting and selling various wares outside the temple complex. It is interesting to see this kind of vibrant fervour and activity and to be a part of this kaleidoscope of travel pleasures. 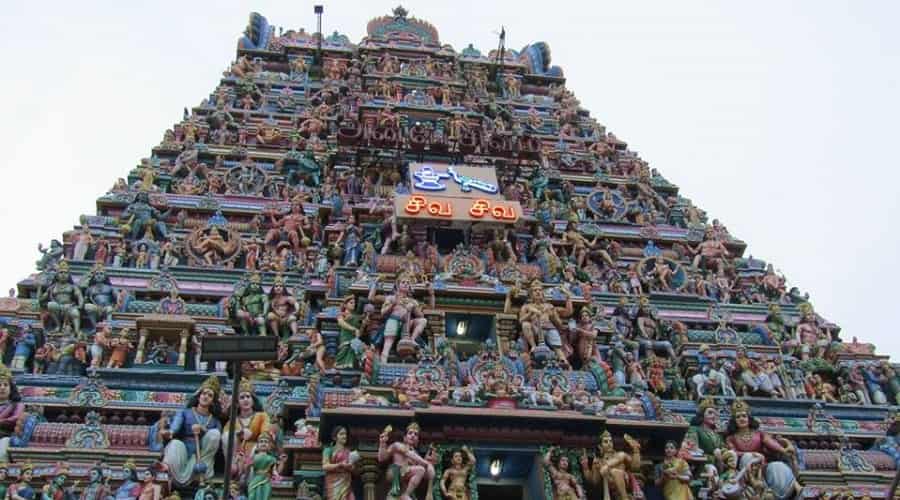 The temple architecture is typical and resembles the design of most of the other temples of South India. Very typical shaped with a triangular Gopuram; the temple really looks resplendent with the intricate carvings, the elegant designs and the absolutely mesmerizing way in which the whole structure has been built.

There is a tank outside the temple which is the main feature here. The presiding deity here is the Kapaleeshwar and the Goddess is Kalpakavadi. There is a separate enclosure for the Saivaite Nayanmars and a separate sanctum sanctorum for Lord Saneeswara which makes the entire place look really magnificent and beautiful.

Pradosham and Sivarathri are great occasions when devotees throng the Kapaleeshwar temple to have a Darshan of their favourite Lord. Aruvathi Moovar is a festival that is celebrated here in the Kapaleeshwar temple during the carnival time which falls in the months of April and May. This is a festival that is celebrated for a week and signifies the act of the devotees meeting all the Gods who are taken out in a procession.

There is something serene and purposeful about this temple. Whenever I go to this temple, I love the ambience and the atmosphere of devotion here. There are invariably programmes held here where there is a spiritual guru giving a discourse on the values of life etc, sometimes there are bhajans and song sessions. There are various performances for the benefit of the devotees who come here.

It is a different experience to sit here, and bask in the peace and tranquillity of the temple and to just wait for the Prasad and see the other devotees mingle and mix and spread the air of love and devotion in this sacred area.

Kapaleeshwar temple lies in the Mylapore area of Chennai in southern India. Did you know that there is a story detailing why the place is called Mylapore. It is said that once Parvati was distracted while Lord Shiva spoke to her, as she was seeing some peacocks in the vicinity dancing. Lord Shiva, who is quick to anger, got enraged and turned Parvati into a pea hen. Goddess Parvati thus lived in present day Mylapore in Kapali Nagar as a pea hen. She did a lot of penance for many years and finally Shiva took away the curse from here. Since Goddess Parvati came here as a Mayil which means a peacock in Tamil, the place began t be called Mylapore. Here the presiding goddess is Karpagavalli.

The place is also called Vedapuri. It is said that once there was a demon called Somuka. He wished to learn the Vedas and harassed the celestial beings for this. In anger, he took away the Vedas and went into the sea. Lord Shiva asked Lord Vishnu to bring back the books of Vedas from beneath the sea. Mahavishnu killed Somuka and brought the Vedas Books to Kapaleeshwara and kept it here in the temple. Since the Vedas were brought here, the Kapaleeshwar temple is also called Vedapuri.

The Kapaleeshwar temple with all its legends, traditions, festivals and occasions is a temple which shouldn’t be missed in a travel to Chennai.

Visit the paradise of temples Lakkundi in the state of Karnataka in India and experience the ideal ways of enjoying tours in this part of the world. There is something very unique about the Indian temples that sets the architectural elegance apart and makes way to discovering newer ways of enjoying travels in Indian destinations. This and more is what attracted us to delve into the mystical lan...

Tamil Nadu is an ancient land of culture and tradition and is a land of temples. With the perfect blend of the best architectural forms and the best constructional elegance, this is a lovely land of absolutely fascinating travel pleasures. Vellore in Tamil Nadu ...